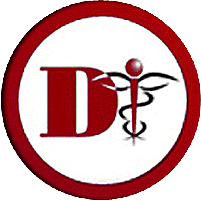 For over 25 years Diagnostic Imaging of Milford, with three convenient locations in Milford, West Haven and North Haven, Connecticut, has been providing high-caliber radiological services, including ultrasound procedures.

What is an Ultrasound?

An ultrasound is a safe, non-invasive and painless procedure in which high-frequency sound waves are used to create real-time images from inside the body. An ultrasonographer first applies a small amount of conductive gel on the body part being examined. Next, he or she moves a small handheld device, called a transducer, over the area. In doing so, the sound waves that bounce off the body reflect “echoes” that are displayed as images on a monitor. These images are recorded or videotaped so they can be analyzed by our radiologist. An ultrasound procedure can take anywhere from 15 minutes to an hour, depending on the area of the body being recorded.

What are Ultrasounds Used For?

Most people are familiar with the use of ultrasound in monitoring a developing fetus during pregnancy. However, this technology is also a valuable tool in diagnosing a number of other issues, including:

What is a Doppler Ultrasound?

This is a special ultrasound technique that evaluates the speed, pressure, and direction of blood flow through major arteries and veins, including those in the abdomen, arms, legs, and neck. The movement of blood cells creates a change in the pitch of sound waves (known as the Doppler effect) that are collected by a computer and processed to create color images that can be viewed on a monitor.

What are Ultrasound-Guided Biopsies?

An ultrasound-guided biopsy is performed to guide an inserted needle to locate an abnormality, such as a cyst, and remove tissue samples for evaluation in a lab. This procedure is performed with a topical anesthesia, such as lidocaine, and typically takes about 30 minutes. Ultrasound-guidance is used to perform biopsies of the: breast, thyroid, liver and prostate.

Diagnostic Imaging of Milford accepts all major and most secondary insurances. Patients are expected to bring their insurance card to the office at the time of their examination. Claims are submitted through our billing company, McKesson Corp. For questions regarding patient statements and insurance, patients may call (800) 360-4391. Fees for non-covered services and co-payments are expected at the time of your visit.

*We strongly recommend that patients call our office if their insurance carrier is not listed. Additional insurances are added frequently.

Words from our patients